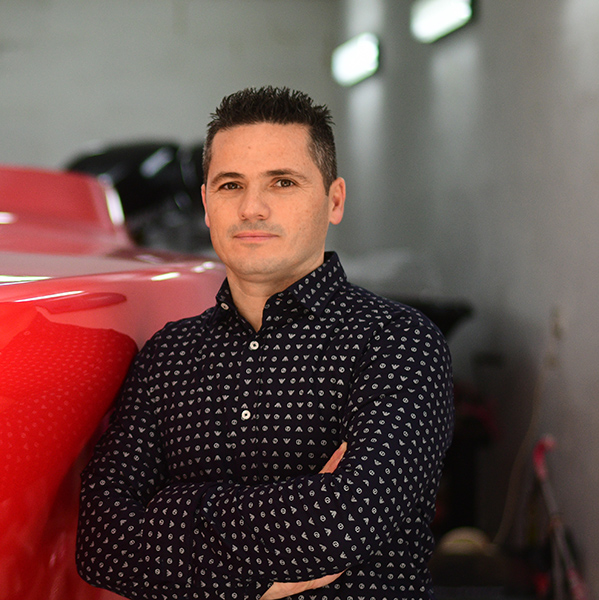 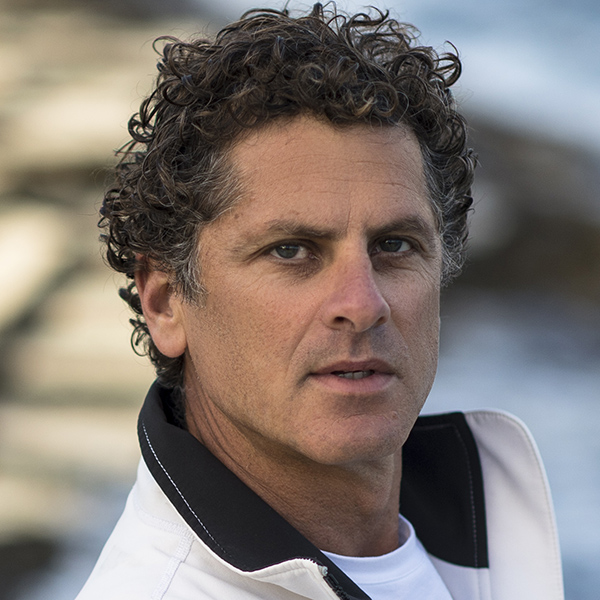 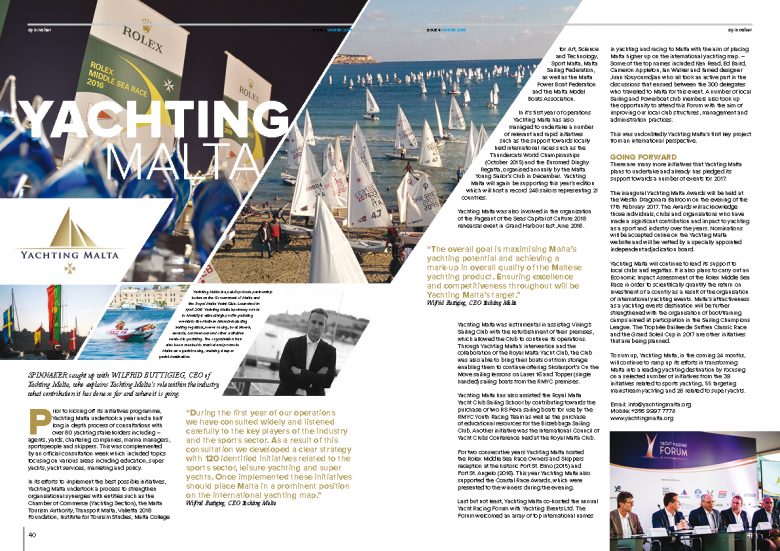 The Royal Malta Yacht Club’s publication Spinnaker Magazine  caught up with Wilfrid Buttigieg, CEO of Yachting Malta, who explains Yachting Malta’s role within the industry, what contribution it has done so far and where it is going.

Read more about it via the link below 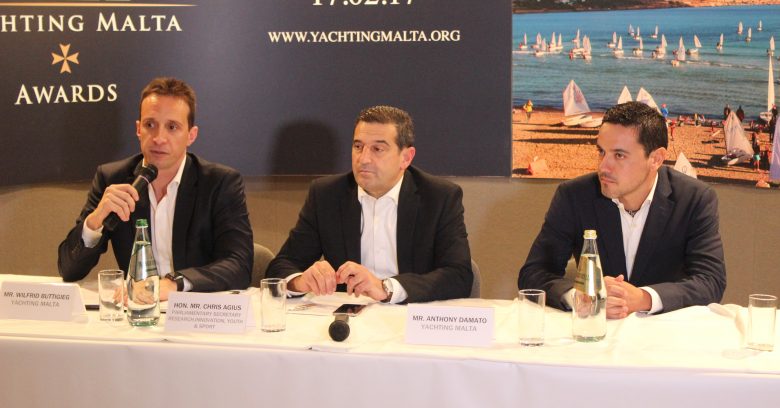 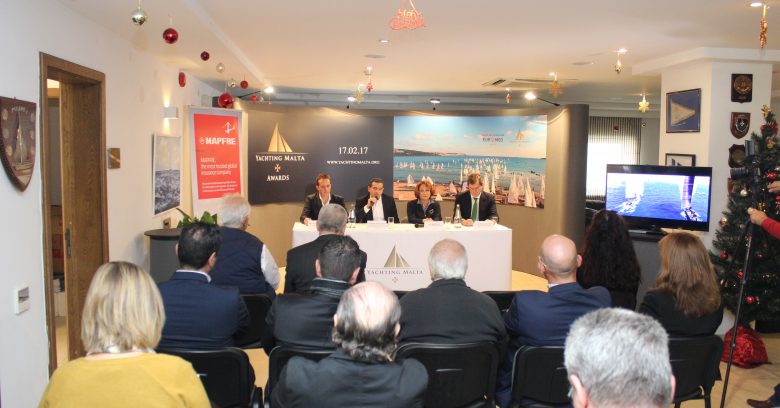 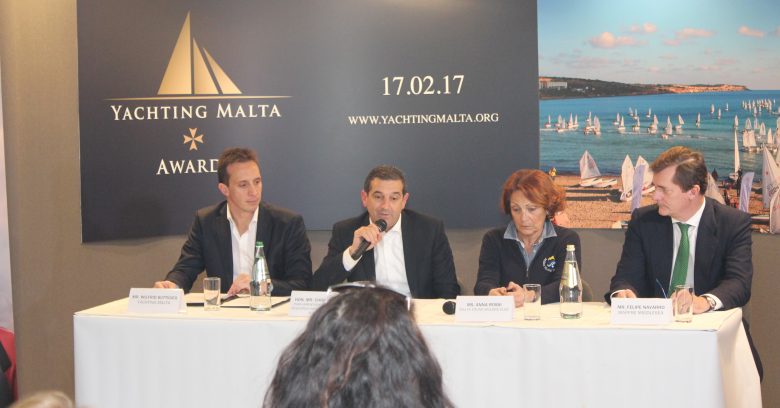 Yachting Malta CEO Wilfrid Buttigieg announced the launch of the inaugural Yachting Malta Awards which will be held at the Westin Dragonara on the evening of the 17th February 2017.

The announcement was made at a Press conference held at the Royal Malta Yacht Club, in the presence of Hon. Chris Agius, Parliamentary Secretary for Research, Innovation, Youth and Sport and members of the Yachting community.

“The development of yachting, both as a sport and industry, was possible as a result of the contribution of many individuals, clubs or organisations over a stretch of time. The board of Directors of Yachting Malta believes that the time is ripe for an appropriate recognition.” explained Wilfrid Buttigieg, CEO Yachting Malta. “The first edition will look at the past since the focus will be on nominations for lifetime or outstanding contributions to yachting. During the evening of the first ever Yachting Malta Awards we will announce the award categories for the subsequent edition which will range beyond outstanding awards alone and include awards such as the official, commodore, entrepreneur or young sailor of the year.”

Nominations are being accepted and are to be submitted online. Each nomination has to be supported by a substantive description together with dates of achievements mentioned in the submission.  All entries will be vetted by a Yachting Malta adjudication board, composed of Yachting Malta CEO Wilfrid Buttigieg and Directors Mr. Anthony D’Amato and Mr. Paul Muscat.  The submission of nominations will close on Friday the 10th February 2017 at noon.

During the press conference Buttigieg also announced that Yachting Malta would be, for the second year running, supporting the Mapfre Middlesea Euromed International Regatta which kicks off on Sunday 18th December and which will see around 250 sailors, representing 21 countries race in Mellieha Bay competing in Optimist and Laser Classes.

“Yachting Malta is proud to support, once again, a long standing initiative such as the Euromed Regatta which serves as an appropriate testimonial to showcase Malta’s potential as a young sailors’ destination.” observed Buttigieg.

Hon. Chris Agius remarked “Such events would not be possible without the dedication and commitment of volunteers whose contribution is invaluable.  The Government is working to increase Malta’s sports tourism potential and Maltese athlete’s participation abroad which has proved highly successful in sailing events such as Euromed.”

More information about the Yachting Malta Awards can be found on www.yachtingmalta.org/awards/

The 2016 Yacht Racing Forum, held in Malta, co-hosted by Yachting Malta and Yachting Events Ltd – summed up in this video! Worth a watch!

One News reportage on the Yacht Racing Forum including interview with Ian Walker, winner of the Volvo Ocean Race and media expert Giles Pearman.

The program also includes interviews with international yachting personalities who attended the Forum and explained the benefits of having such an event in Malta. 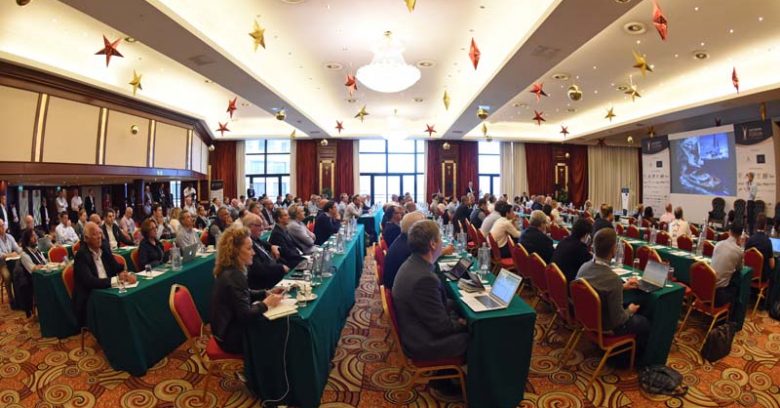 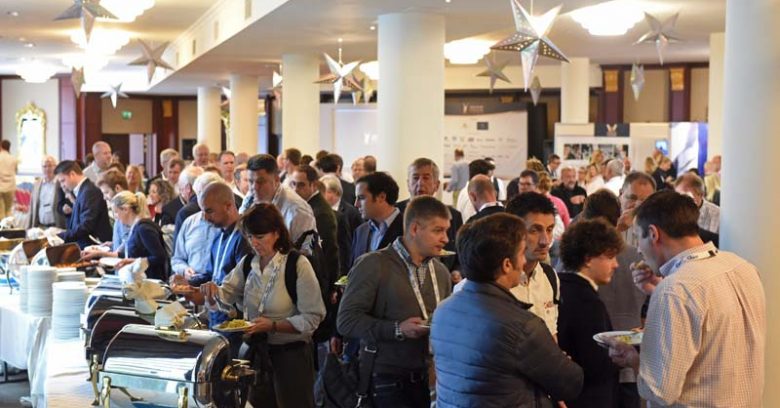 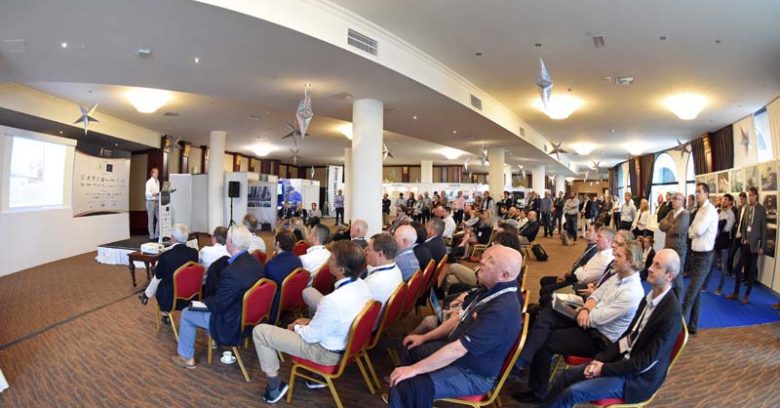 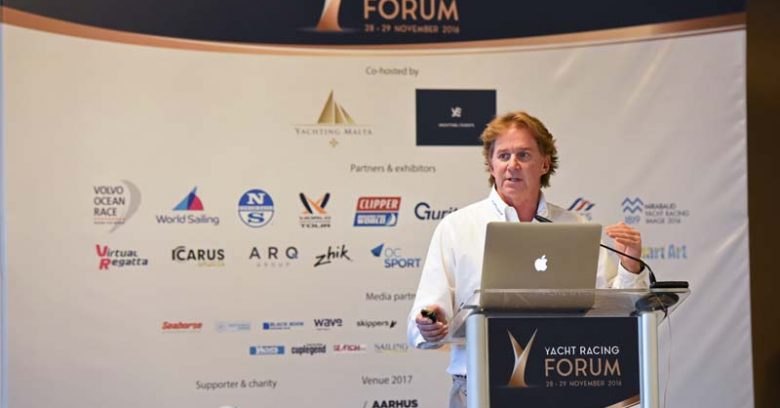 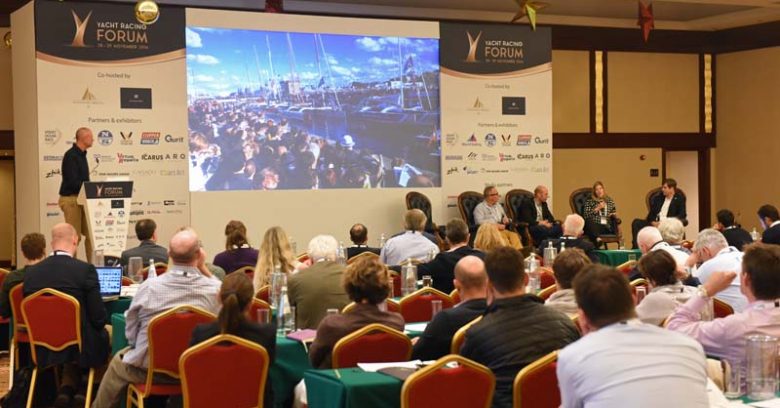 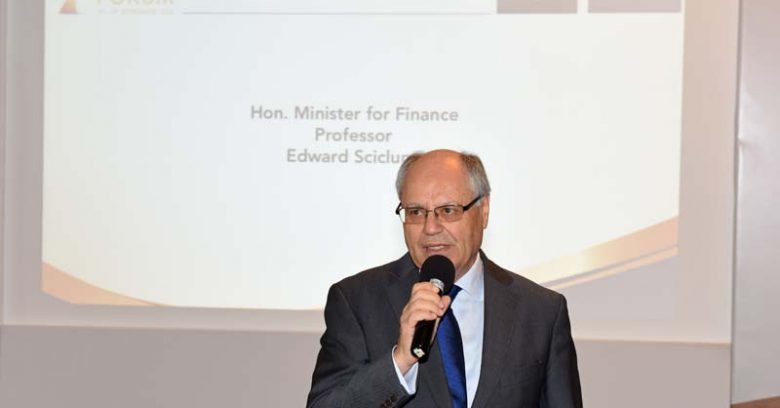 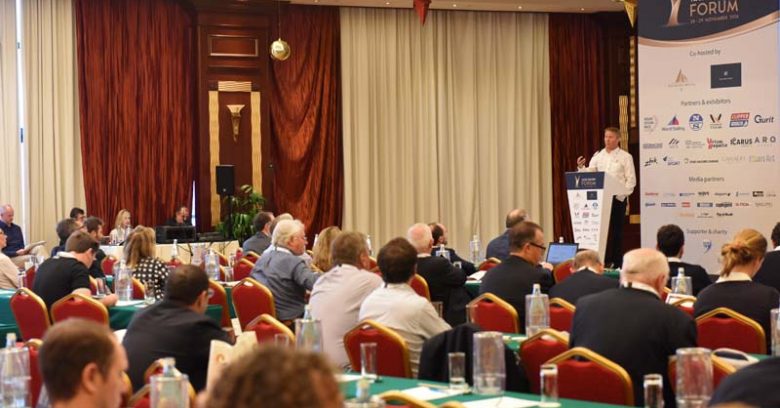 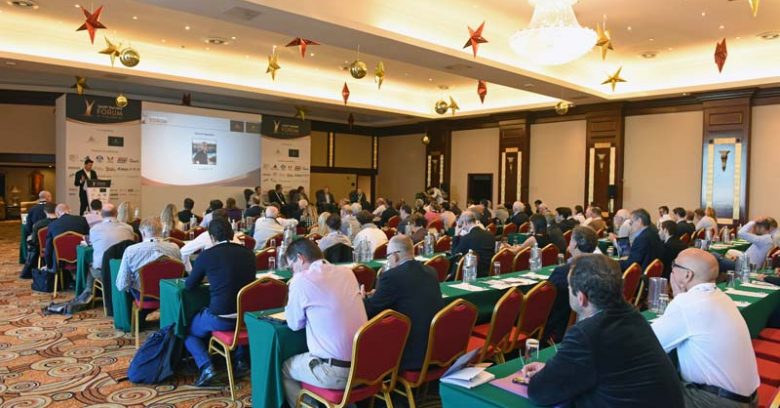 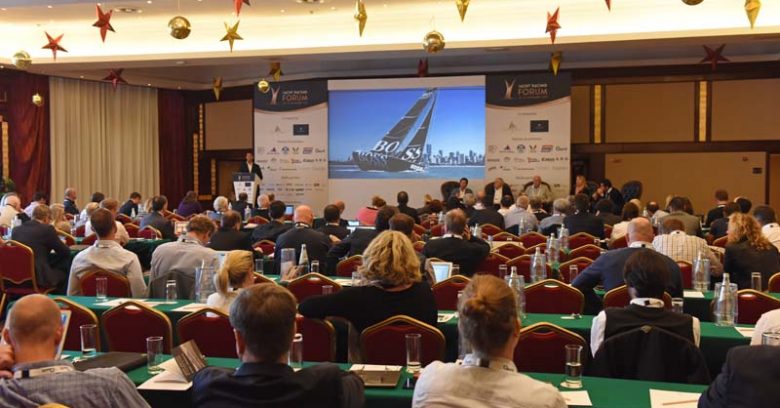 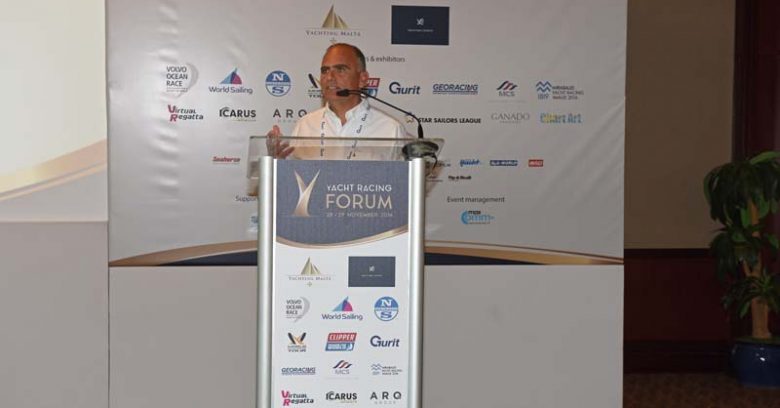 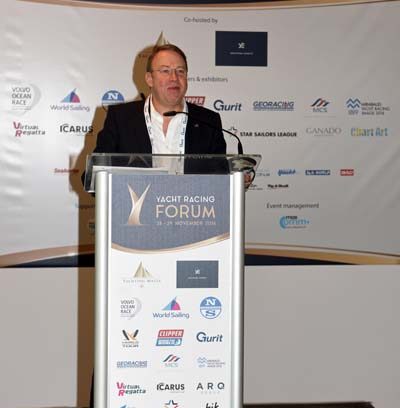 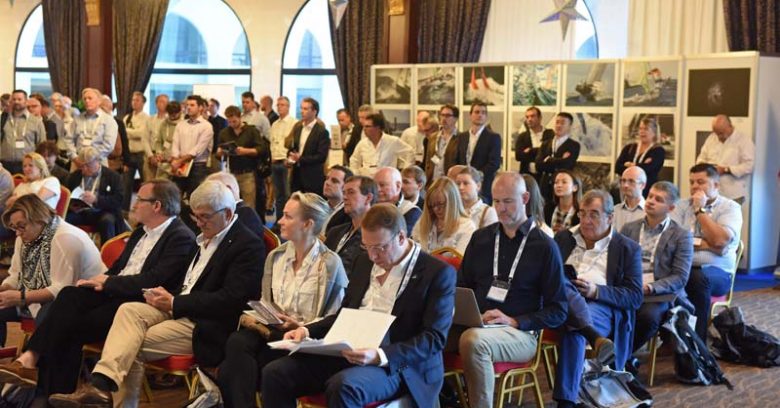 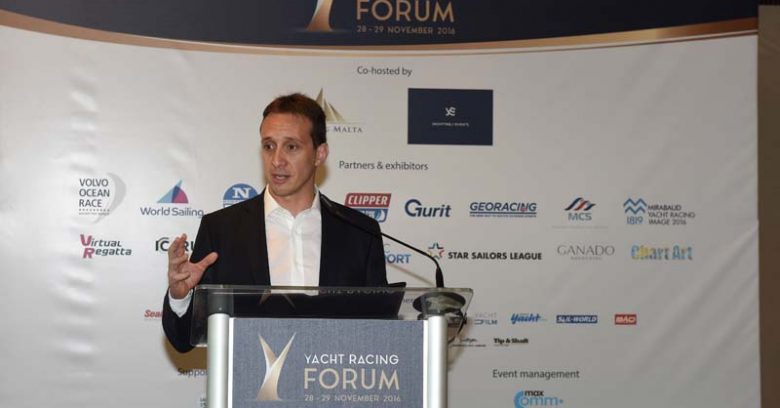 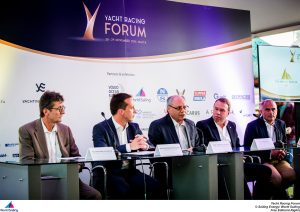