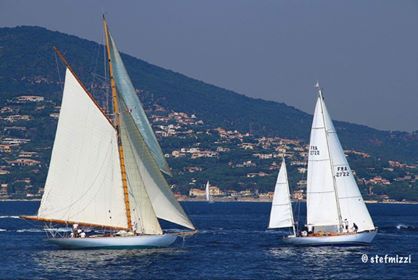 Unique in its historical significance, naval etiquette and Corinthian spirit, the Trophée Bailli de Suffren has for the past twenty years brought together more than 108 classic yachts.

Dubbed as the Gentleman’s Race, it is the only International Classic boats race in the world and follows in the footsteps of Pierre André de Suffren of Saint-Tropez, Bailli and Grand Cross of the Order of St John of Jerusalem and Vice-Admiral of the French Navy under Louis XVI.

Although the race course has seen changes throughout the years, the race always starts under the watchful eye of the statue of the Bailli de Suffren in the old port of Saint Tropez and finishes in Malta.

This year’s course will see the fleet stop over in some of the most attractive ports in the Mediterranean –  Bonifacio (Corsica), Trapani (Sicily), Mġarr (Gozo) before completing the course at the Royal Malta Yacht Club.

“The Trophee Bailli de Suffren is the embodiment of classic yachting.  It combines one’s passion for sailing, history and exploration in some of the most beautiful locations in the Mediterranean.  Malta’s medieval bastions could not provide a better backdrop for these classic yachts, whose timeless beauty is the epitome of elegance” enthused Mr John Huber, Chairman, Yachting Malta. “It is a pleasure to support this event once again, as it gives us the opportunity to showcase another side of Malta’s potential for such events”.

The Trophee Bailli de Suffren will start in Saint Tropez on the 26th June and will finish on the 10th July in Valletta Malta.