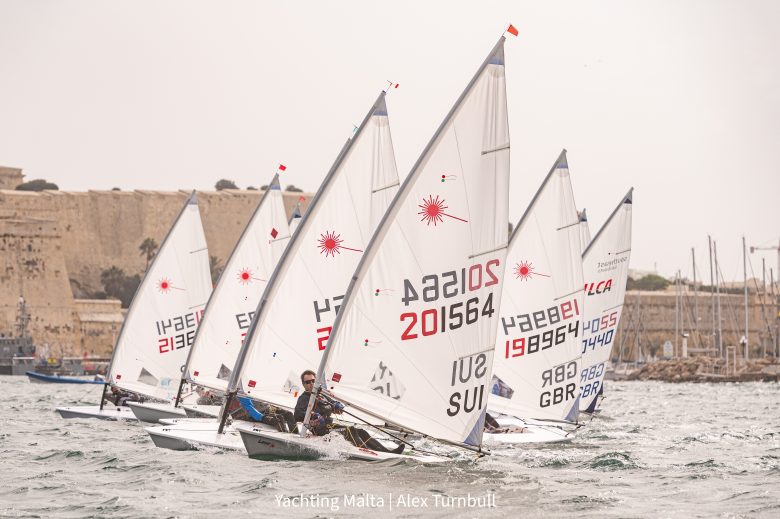 The Yachting Malta EurILCA Masters’ Series event kicked off today in what was a challenging day on the water for the fifteen boats taking part, representing nine countries.

With winds gusting up to 28 knots and strongs swells outside of Marsamxett Harbour, Race Committee took the decision to change the planned race into a more sheltered area within the harbour just in view of the Royal Malta Yacht Club.  This decision meant that the race course was shortened slightly due to the limited space in Marsamxett.

The ILCA6 Class was the larger fleet where 12 boats took part in a total of three races. Currently leading the fleet is Grand Master (Age 55-64) Ulf Myrin from Sweden. In second place is fellow Grand Master from Ireland Sean Craig, whilst the first Great Grand Master (65+) Walt Spevak from USA came in third place.

The inclement weather conditions are forecast to persist until late tomorrow, meaning that there will be no racing on Saturday however there is a possibility of racing taking place late on Sunday morning.