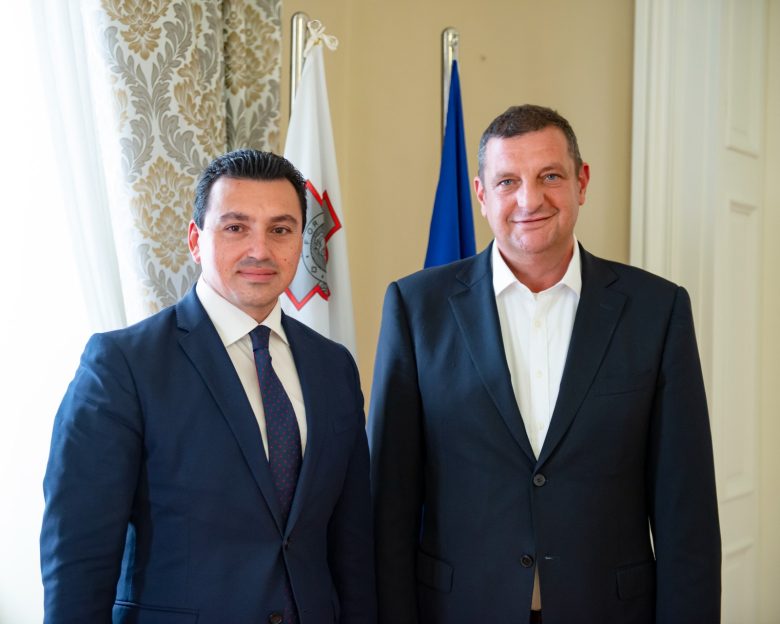 The official appointment was presented by the Minister for Transport, Infrastructure and Capital Projects, Hon Aaron Farrugia.

Jonathan Borg who succeeds John Huber, is the third chairman of the public private partnership,  with the Royal Malta Yacht Club, since its inception in 2015.

With over thirty years of experience in the maritime industry, both in the public and private sectors, Borg has a long track record of steering complex projects. With a specialisation in research and analysis, he has been instrumental in the introduction of business process re-engineering strategies and plans within the industry both locally and internationally.

On an international level he was also responsible for successfully executing marine contractual obligations with various leading global Maritime contractors operating in the North Sea, principally from North America, the Netherlands, Great Britain, and Denmark, as well as the Mediterranean and North Africa.

Besides his professional aptitude, qualifications and experience, Jonathan has a natural passion for anything maritime. An avid boater he is a long-serving member of the Malta Maritime Forum and the yachting community.

Yachting Malta is working closely with other industry stakeholders in its efforts to strengthen yachting as an economic pillar, and to continue making Malta a leading European jurisdiction in yachting, both as a destination and the flag of choice.

Borg also highlighted that Yachting Malta will be hosting the Yacht Racing Forum between the 21st and 22nd November.

The Forum, will be bringing to Malta some of the industry’s  key stakeholders for an intensive two day conference which will cover topics such as sustainability, industry challenges, media and marketing.  Shirley Robertson, the first British woman to win Olympic Gold Medals at two consecutive Olympic Games will be Chairing the Forum, whilst distinguished guests include World Sailing CEO David Graham, President and CEO of NAVICO Knut Frostad, Andrew Pindar of GAC Pindar and Luca Rizzotti of Foiling Week.

The full programme of events can be found at https://yachtingmalta.org/yacht-racing-forum/