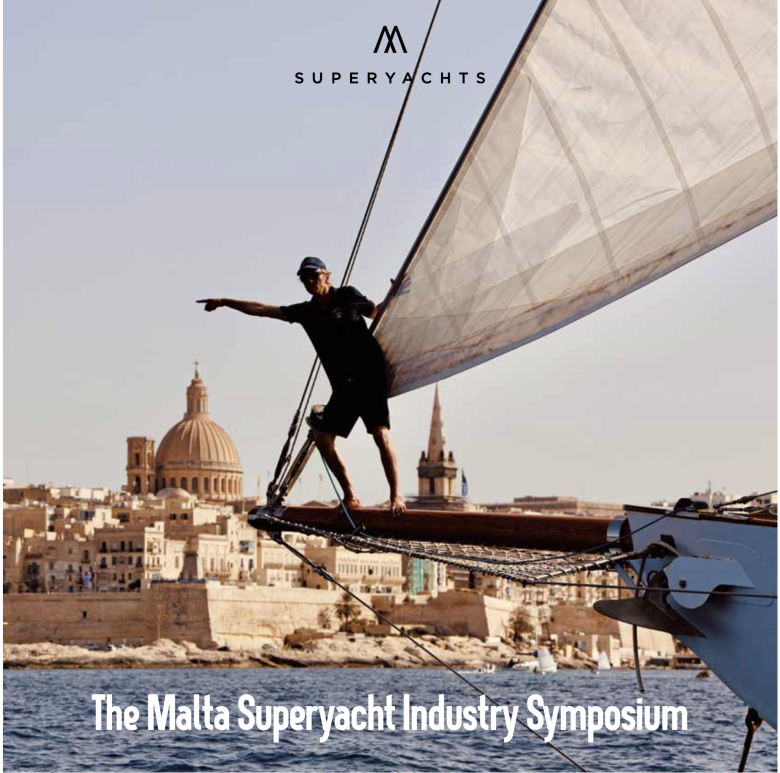 During an informal meeting at the Monaco Boat Show last September, between a representative at The Malta Chamber and the General Manager at Yachting Malta, many points that could further the yachting industry in Malta were discussed, including discussions that could foster a relationship and further collaboration between The Malta Chamber together with all stakeholders within the industry.

Following this initial meeting a follow up meeting was held in early October at the offices of Yachting Malta to discuss this notion of having a Yachting industry event that brings local stakeholders together to discuss the yachting industry at length. This concept was taken on board enthusiastically by The Malta Chamber and together with the Malta Maritime Law Association, a top level event was envisaged.

Yachting Malta as is in its remit, wholeheartedly supported this endeavour and together with Transport Malta were the main backers of this first symposium.

A substantial number of local enterprises backed this symposium and the outstanding participation and the level of discussion clearly highlighted how necessary this platform was and no doubt triggered the need for this to be an annual event.

The Symposium included a number of speakers which included leading local entrepreneurs within the yachting field and leading international speakers that gave the event credibility. Together, discussions were held to formulate a Superyacht strategy for the industry.

But what were the main take ups from this symposium? Undoubtedly the importance of this economic pillar was highlighted both by the continued presence, but more so by the valuable contribution by Minister for Transport, Infrastructure and Capital Projects, Hon Aaron Farrugia. During the symposium, the Hon Minister announced the drafting of the national policy for Yachting and Superyachts. This news set the tone for the two days of discussion where the optimism from all the stakeholders was reflected in the discussions that ensued. A most welcome and refreshing contribution was also made by Hon. Ivan Castillo who as Opposition spokesperson congratulated the organisers and supporters.

Apart from the announcement of the New National Yachting and Superyachts policy, two other main announcements by Hon Farrugia were very positively received; the Grand Harbour regeneration plan, especially now that with the shore power infrastructure in place the Grand Harbour will be boasting of a much cleaner air quality, and a plan for intelligent land reclamation that could possibly contribute much needed land for Yachting infrastructure.

The main advantage that clearly defines Malta’s attractivness, possibly competing with the Maritime Flag and fiscal incentives is the agility with which our stakeholders tackle the yachting industry requirements; from Transport Malta’s ship registry to the Vat and Customs departments prompt response, from the legal firms to the boatyards all contributing to creating a boutique experience for Yacht owners and captains.

Nevertheless a number of shortcomings were identified, such as the skills gap, the lack of crew accomodation in the vicinity of the yards, the shortage of berthing infrastructure and the lacking attractivness of Malta as a cruising destination for Superyachts, both due to the distance from. the main Superyacht hotspots and the lack of amenities and attractions for the Superyacht owner.

Possible solutions and ideas were discussed, like introducing the Yachting industry as a viable career path to students from an earlier age. Promoting the educational infrastructure available via places like MCAST, Maritime MT and ITS to secondary and possibly even primary school students and replicating the Lufthansa Tecnik success story in the Yachting sector.

Our Maritime heritage and geographical position has put us as a leading maritime nation, it is now up to us to continue to be the leaders in this ever evolving industry by heralding the changes and improvements necessary to remain at the forefront, be it legislation, coding or educational patterns. This industry needs to be recognised as the pillar that it is and treated with respect at par with other pillars that also contribute to the continued economic success of our country.