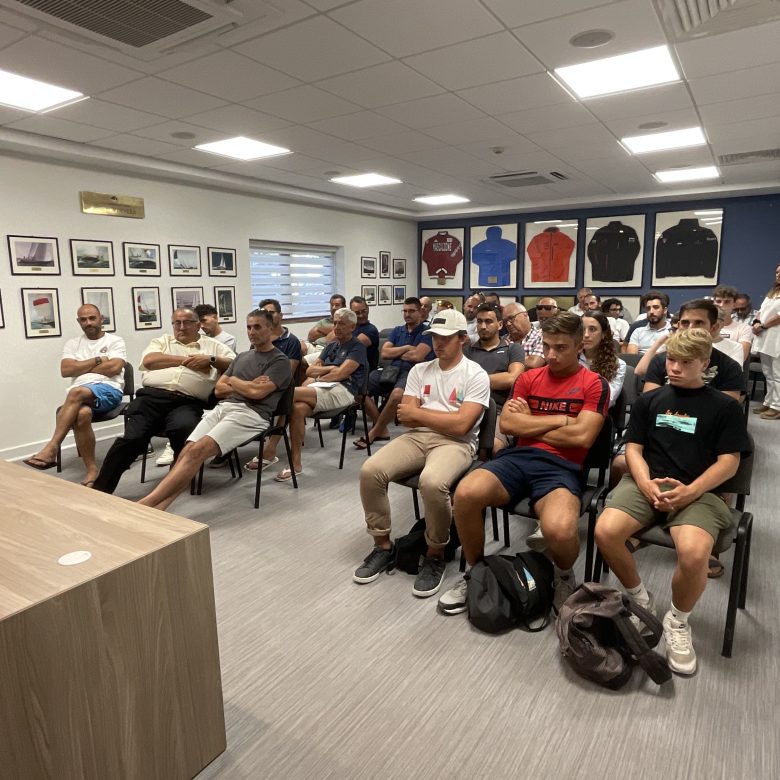 The Malta Sailing Federation hosted a Sailors’ meeting to give an update on the progress being done on the Viva Malta National Offshore Sailing Team project.

The Viva Malta National Offshore Sailing Team project was launched late in 2021 when Yachting Malta announced that a Cookson 50, with a substantial investment was bought and would be given the name Viva Malta.

The boat, which is currently undergoing maintenance works at the Malta Maritime Hub, will be ready for on-water training by October when the launching of the boat with its Viva Malta livery will be launched.

In terms of crew selection, the Federation is currently collating a database of interested sailors, and assessing their key capabilities. The chosen crew will participate voluntarily, so no remuneration will be offered   but participating costs will be covered. The project will be given funding by the governmental entity, a national sport project under the direction of  SportMalta, which will assist in the costs relating to travel, accommodation, and race registration fees.

Christian Ripard, who has been roped in as a mentor to the federation, is Malta’s foremost offshore sailor and will bring to the project a wealth of expertise especially on the Cookson 50.. He stressed that

“The Cookson 50 is not your average sailing boat, meaning that a lot of training has to be done. Consistency in training is key – one cannot expect to be required to just turn up for a race.”

The Malta Sailing Federation welcomes applications from committed Maltese nationals aged over 18 to submit their interest together with a detailed sailing CV. This can be done by sending an email to president@maltasailingfederation.org