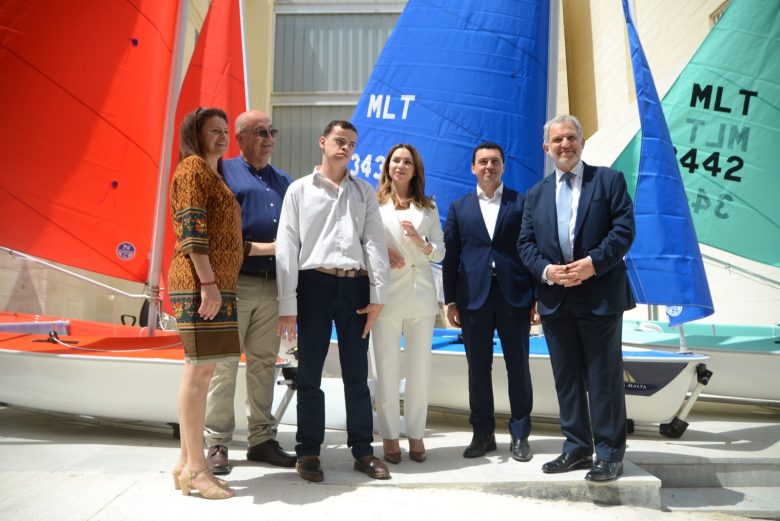 Yachting Malta purchased three Hansa 303 Class boats, which will be presented to four local sailing clubs as part of its initiative to promote inclusion in Sailing and aiming to inspire a whole new generation of people who will have a new appreciation of the sport.

This initiative ties in with the efforts being carried out by World Sailing as it seeks to get Para Sailing reinstated for the Los Angeles Paralympic Games in 2028.  Events around Para Sailing have increased around the world with five major Para Sailing World Championships taking place globally.

The Hansa 303, which is sailed in over 28 countries and is a recognised World Sailing Class,  is designed to accommodate sailors with disabilities, catering to a wide array of disabilities. The Hansa 303 was raced for the first time in the Para World Championships in 2017. For many sailors, the easy adaptability of the Hansa 303 is particularly helpful.

Yachting Malta has already supported the participation of Gianluca Aquilina who competed in the Para World Sailing Championships in Palermo, Sicily in October 2021.

The event was also attended by Mr Frank Salt, Chairman, and Mr Douglas Salt, Director of Frank Salt Real Estate who sponsored one of the boats.

The unveiling of these boats coincided with the opening of the new Yachting Malta offices in Sa Maison, which were opened in the presence of Hon. Aaron Farrugia, Minister for Transport, Infrastructure and Capital Projects and Dr. Lydia Abela, President of Special Olympics Malta.