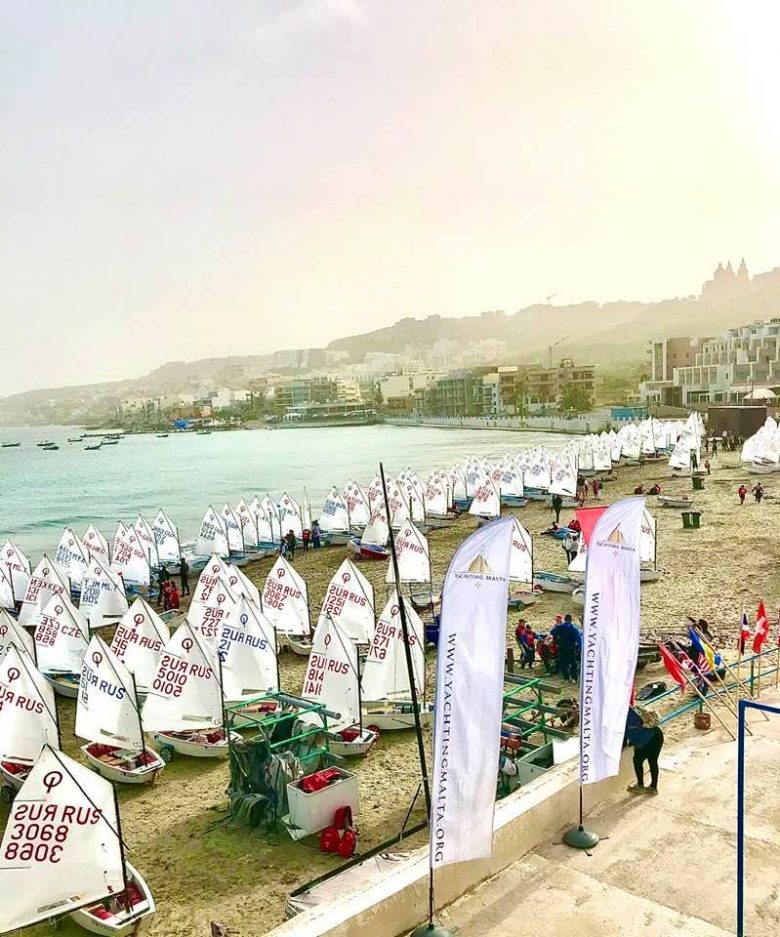 Whilst the hazy weather did not provide a scenic backdrop for the first day of competition, the fleet enjoyed good wind conditions, with average wind speeds of 10 – 12 knots with a slight swell.  As the day progressed the wind strength increased slightly but was sufficient enough to allow them to undertake the racing programme as planned by Race Committee led by Principal Race Officer Peter Dimech.

First to finish their racing commitments were the Laser Class which saw the 4.7 and Radial fleet compete in three races. The 4.7 Fleet, which was the largest,  was dominated by Swiss sailor Anja von Allmen (Regattaclub Oberhofen), who made a clean sweep of all three races. She was followed by Saul Vassallo (Malta Young Sailors Club) who was consistently second. In third place was Matthew Flores (Birzebbugia Sailing Club) who also had a consistent performance in the first two races but then upped his placing a notch to finish the day in third place.  In the Radial fleet,  Zachary Zammit (MYSC) took the lead, winning the first two races and placing second in the final race for the day. Similarly Matthew Micallef (MYSC) followed Zammit in second place for the first two races but dropped to fourth in the final race. These results were enough for the MYSC boys to take the top two places for the day. In third place was Estonian Kaspar Raus (ROPK) – despite two fourth places, a first place in the last race saw him climb into third place.

The Novice Class was made up of a fleet of twelve sailors.  Taking two first places was Russian sailor Alexander Fastenko (Youth of Moscow). He was followed by Felix Mulder (Hebe Haven Yacht Club, Hong Kong) – Mulder garnered a third and second place. In third place was Poyraz Fidanboy (Royal Malta Yacht Club) who managed to secure second and fourth place.

Whilst there was a degree of expectation from current European Optimist Champion Alessandro Cortese, he only managed an overall 9th place.

These results are still on a provisional basis and might change as the Regatta progresses.

Racing will resume tomorrow, when the fleet will be taking part in the second day of the four-day sailing bonanza. Racing will be scheduled to start at 10:00am in Mellieħa Bay.