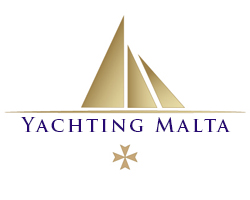 Yachting Malta today celebrates six years since it was officially launched.  To celebrate, we are listing a number of successful initiatives for which various facets of the industry have benefitted from.

Fostered a stronger sense of community within the industry

In the past couple of years, the work put in by Yachting Malta to nurture a sense of community within the industry, started to reap benefits.   A positive outcome that the Covid-19 pandemic was that this sentiment continued to be further strengthened. Yachting Malta has had ongoing discussions with local authorities to foster the growth of the industry and there has been tangible assistance to the various areas of the industry as it continues to consolidate its mission of becoming a unified voice that makes itself heard.

Yachting Malta, with the assistance of 11th Hour Racing, an international organisation that works within the sailing community and maritime industries, launched a three year Sustainbility Plan.   The aim of this plan is to adopt different practices that lead towards a more sustainable and environmentally friendly yachting sector.  Amongst its measures is the elimination of single-use plastic during yachting activities, less paper use, promotional materials that are useful and composed of recycled materials. Yachting Malta’s first initiatives in this plan were the installation of Water Reverse Osmosis plants in every local Sailing Club as well as distribution of water bottles to eliminate the habit of consuming water from single-use plastic during training and competitive events.

Invested in its stakeholders and their events in the longer term

Supported the growth of the Super Yacht Industry Network

The global superyacht industry has an annual turnover of approximately  €24 billion, from yacht-build to repair, services, berths, crewing etc.  With Malta’s  shipping register being the largest world wide register of superyachts, it is imperative that this network is cultivated.  Yachting Malta has provided support to the Malta Super Yacht Industry Network, so much so it has once again confirmed its support for their presence at the quintessential Monaco Boat Show and Cannes Yacht Show. Presence at this event is crucial if Malta wants to position itself as the hub for superyachts.

Assessed the Economic Impact of the Yachting Sector

Yachting Malta has always underlined the importance of the yachting sector as one of the pillars of the Maltese economy.  Such a sector should be nurtured, and this was highlighted in the Economic Impact Assessment of the 2019 Rolex Middle Sea Race which provided a factual assessment that will serve as a benchmark in spurring Yachting Malta and the Government in their efforts attract other yachting events. It will also serve as a tool for sponsors and event organisers in fostering efforts to attract major sports events locally.

With Covid-19 thwarting many plans for incoming yachts to visit Malta and limiting travel beyond our shores, Yachting Malta took the initiative to launch a campaign to support the local boat charter industry. The campaign which was shared on social media and local media channels proved to be a successful initiative, which was highly welcomed by boat and yacht charterers.  The promotion of discovering Malta’s shores also led to an increase in local small boat sales.