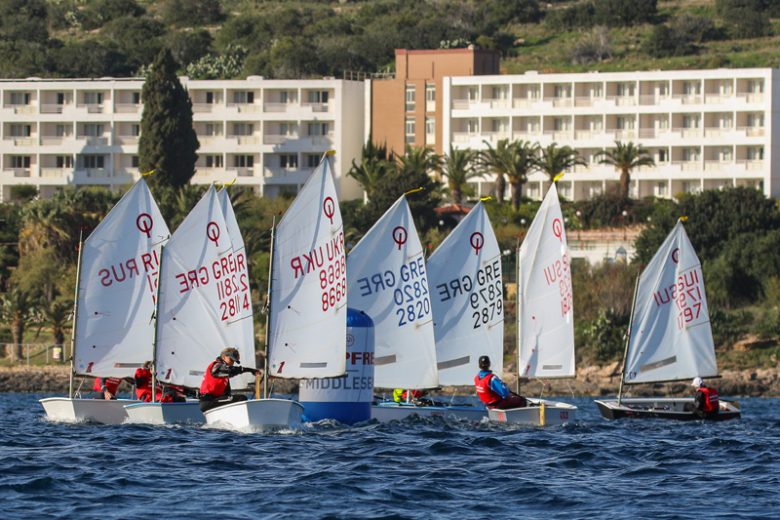 Yachting Malta has renewed its backing for the Euromed International Regatta, hosted by Malta Young Sailors, joining forces with main sponsor Mapfre Insurance.   Yachting Malta’s support has been forthcoming since 2016, when it first supported this international sailing event.

In 2020, the Regatta was a muted affair due to the Covid-19 pandemic which meant that there was no international participation. Nevertheless, it was still a highly competitive affair showing that it still had not lost its appeal to local sailors.

This year, the international aspect returns and the regatta is set to welcome  approximately 150 sailors from Europe but also from Canada. Strong teams from The Netherlands and Spain are expected to add thrill to the competition particularly due to the presence of Spanish sailors Tim Lubat, currently ranked 4th and Juan Bennassar,  who formed part of the winning team of the European Team Racing Championship

The Maltese fleet will consist of sailors from all local sailing Clubs. If past regattas are anything to go by with, then Timmy Vassallo, Jonas Micallef and Emily Fenech competing in the Optimist fleet are expected to give a good account of themselves. In the ILCA 4, a young crowd is expected, similar to the Optimist fleet a close battle between Shaun Aquilina, Ben Vassallo and Matthew Cachia Debono is expected. Mia Busuttil in the ILCA4 and Lacey Aquilina,  Matthew Flores and Dimitris Vertsonis are names to watch out for in the ILCA 6 Class.

Sailors will be competing in the Optimist and ILCA Classes. The Optimist Class is poised to be the largest class, however a strong presence in the ILCA4, ILCA6 and ILCA7 classes is expected.

“The Euromed Regatta is a great opportunity for Malta.  International Regattas hosted locally not only place Malta on the international sailing circuit but also provide excellent competitive opportunities for local sailors. Yachting Malta is a strong supporter of such initiatives, as can be seen the ongoing support provided to this event. We believe in this Regatta also because it complements Yachting Malta’s strategy to develop our youth, particularly in relation to our national offshore sailing team Viva Malta.”

Malta Young Sailors’ Club Commodore Christian Bajada enthused about this year’s fleet list which welcomes the return of foreign sailors to our waters.

“Our Club has been working tirelessly to ensure the return of a highly competitive and international fleet.  The lack of international competitors last year did nothing to lessen interest in our race. On the contrary the enthusiasm to come to Malta was high and considering the existing travel restrictions, we are extremely satisfied with the outcome”

Sailing will take place in Mellieha Bay and will start on Saturday 18th December at 1130hrs.  The regatta will run until Tuesday 21st December and the Race Committee is expected to host three races per day, depending on weather conditions.